Ira Ozols was never blind to the injustice of her life, though she no longer speaks of why. Whatever happened, she was driven to find order, to find a way to balance the odds. The rabbit hole she followed led deeper and deeper into a shadowy sect of the AHA that sought to keep the world’s unpalatable truths covered. As she passed from success to success, the sect assigned her to straighten out one of their wayward sons, Isaac Powell.

Powell, now The Night Seer, impressed Ozols with his vision of a world turned upside down. She grew jealous of his foresight and saw the way to achieve the justice she craved: a way to balance the rightness of actions by both their past and future effects.

Ozols gained the Night Seer’s trust, and he confided in her the ritual he had undertaken. She repeated it, and as the power coursed through her, it left her blind to the present, but with a powerful and uncanny sense of what was to come.

But seeing the Night Seer’s path, more vividly than he himself had ever managed, shocked Ozols. She shredded her white robes and dyed them black. The symbols of power she’d once daubed in blood, she bleached again with the light from the corrupted moon, enriching her affinity for Dark Sight. She tied the scraps around her weapons, sure reminders to keep her path true.

Relying on her heightened perception, familiarity with Dark Sight, and uncanny foresight, Ozols now pursues the Night of the Hunter and any who would work towards their goals. In turn, the Night Seer feels the threat of there being one with greater power than himself, and knows that his prophecy will not come true if another has witnessed it. Now, they are locked in a dark duel, each moving two steps ahead of the other.

Never blind to life’s injustices, Ira Ozols trod a dark path towards powers that would let her glimpse what was to come. To make judgements based on the past, and the future. On realizing her goal, she lost sight of the present, but became renowned for her prescience. 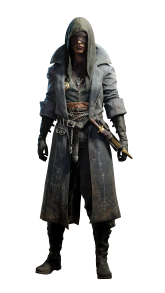 Wrapped in the remnants of a once white robe, marked with symbols of truesight, this Vetterli 71 Karabiner Deadeye will find its target in the dark, despite earthly expectation. 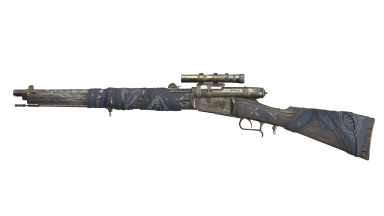 The favored tool of one who prefers subterfuge and subtlety, this Hand Crossbow is a stalwart companion that, with the pluck of its string, does not disturb the dark. 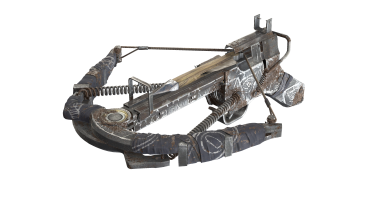 Once belonging to Isaac Powell, this Scottfield Model 3 Spitfire was not the only thing stolen in the dead of the night. A staunch reminder to not be too trusting, and insurance if that lesson is forgotten. 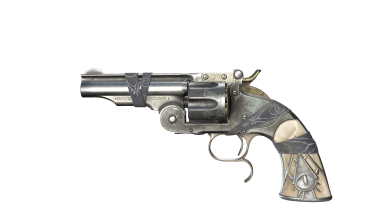